Pete Rowlands Grandson trying his hand at the wheel of the club car. 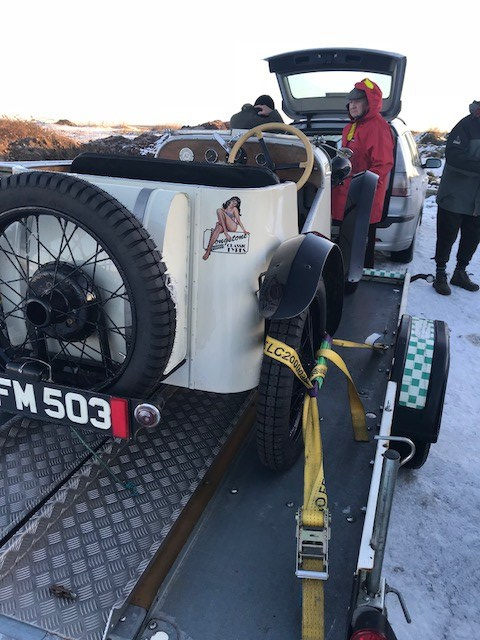 Winner of the Ladies Festive Scarf  – Sue Rowlands with her prize

Winner of the Men’s prize – Tony Johnson being presented with a bottle of wine from the Landlady Coreen.

Collage of  everyone having fun 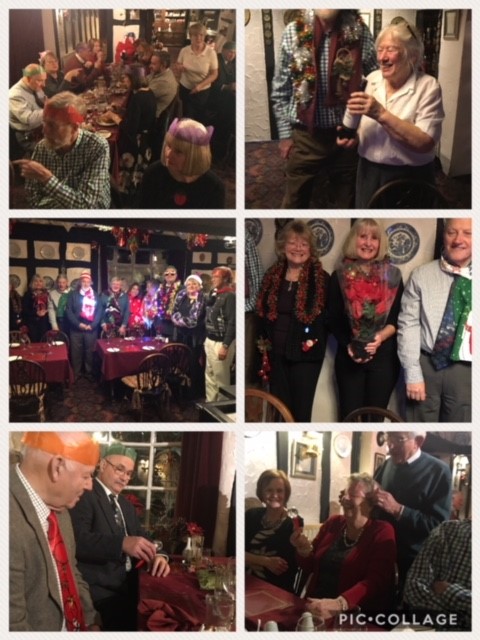 Members at the September Lunch meet.

Photos thanks to Nick Turley from the very successful Cumbria Run 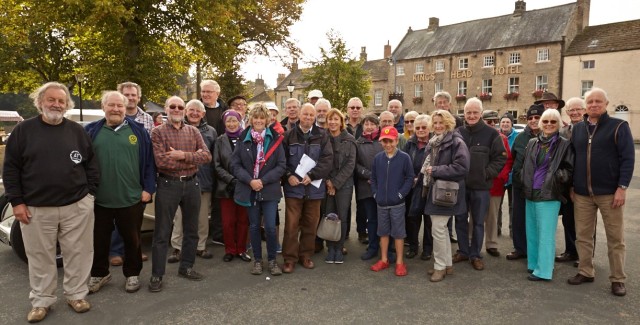 Participants lined up at the start.

Sue Rowlands on the Heather & Honey run, holding the trophy Pete and Sue won for the most miles covered to get to the start of the event. 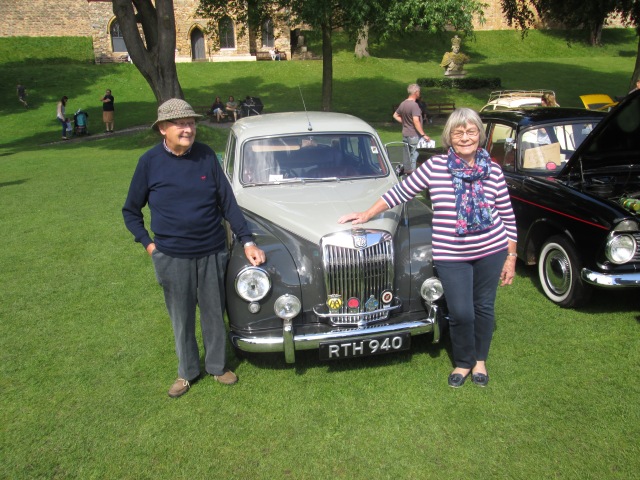 Nice to see members Mel and Joan Baxter with their MG at Lincoln Castle.

First outing for Stuart Kent’s 1927 Chummy and yes there is an engine in there. 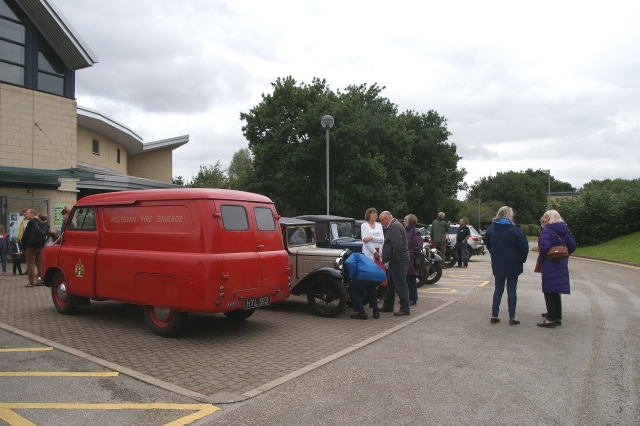 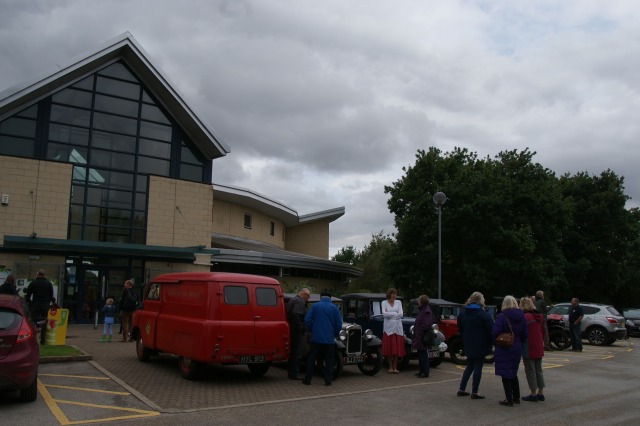 Below a rare species spotted driving an Austin 10 Clifton in the Isle of Wight recently, we think it is called a ‘Tigersaurus Rowlandus’

Two of our Lincolnshire female members at an Austin Ten Drivers’ Club Steam Punk event on the Isle of Wight. 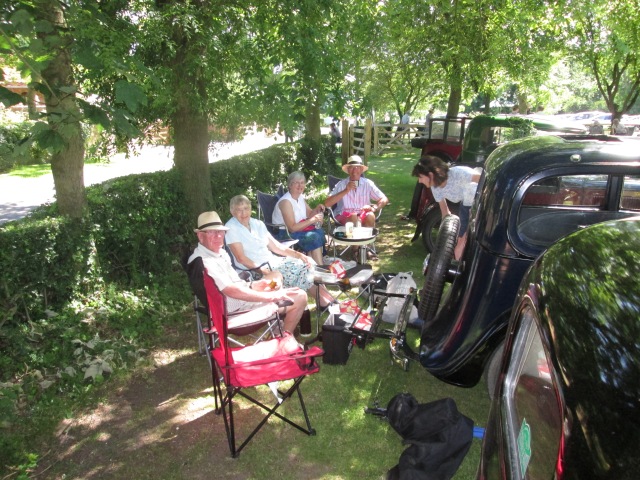 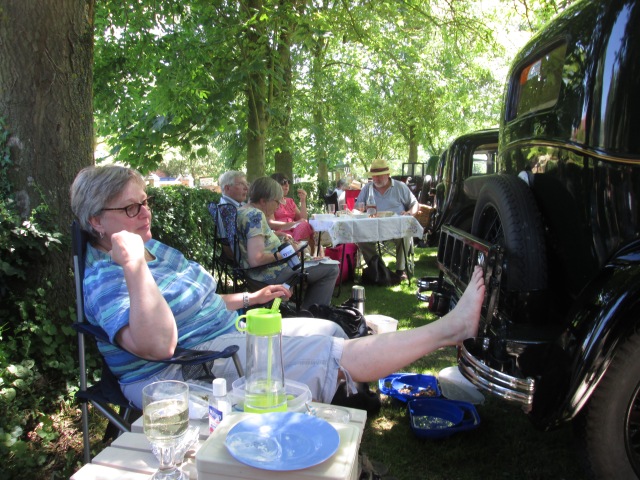 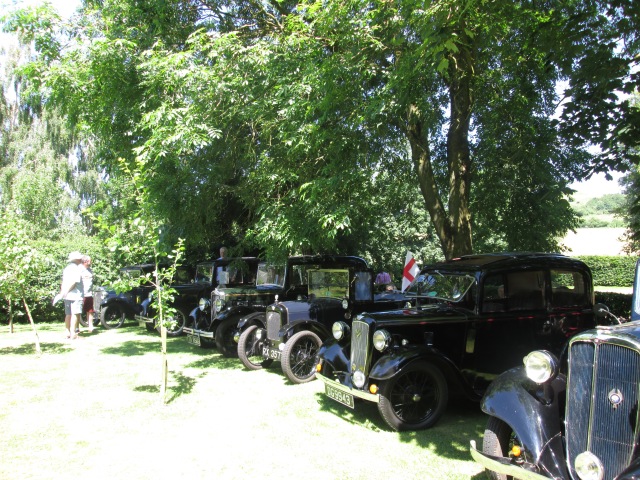 The Autokarna at Wollaton, Nottingham.  Thanks to David Page and Peter Rowlands for the photos.

A few from the Lincolnshire Group having a picnic. 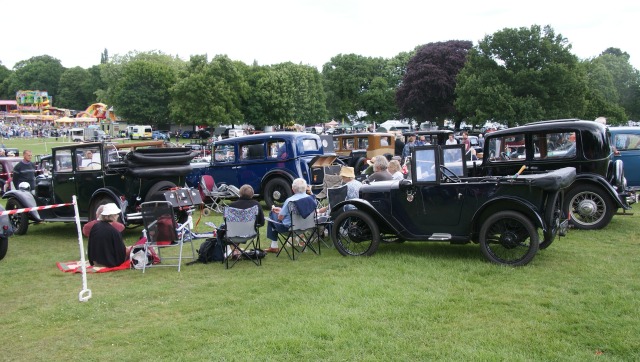 Alan Cady and Ian Bancroft having a snack. 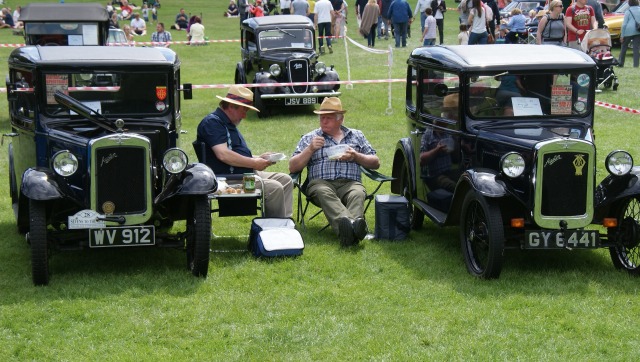 Caught on camera Peter Rowlands cleaning his car at this year’s Newark Show. 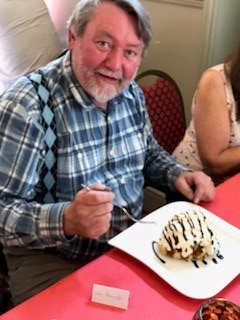 Ian did you really eat all that?

Didn’t we have a lovely day the day we went to Cleethorpes!

Thank you to David Page for the photographs.

The Mayor and Press talking to Paddy Malone about his Chummy

Catching the rays at Walesby

How many men does it take to adjust a calorimeter? 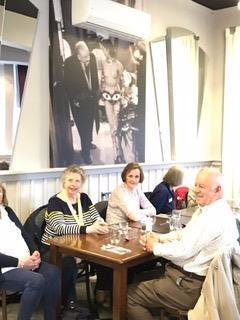 Ooh la la Gerry we can see why you sat there.